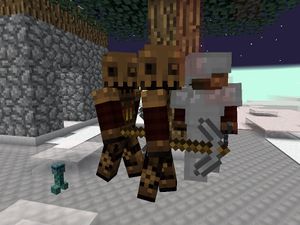 Giants compared to a regular-sized Creeper 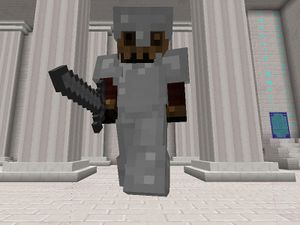 An Armored Giant in a Final Castle

The Armored Giant is a hostile mob from Twilight Forest. They spawn on the Cloud Cottage, along with the Giant Miner. They use the same skin as the player[clarify]. They are equipped with iron armor and a Giant Sword. Upon death they drop a Giant Sword.

Armored Giants can also be found wandering the large chambers in the central part of Final Castle.