The Astral Tome is a book added by Astral Sorcery. It serves as the mod's in-game documentation. It also has an inventory that can store Constellation Papers when shift right-clicked in hand. The tome consists of 5 chapters and 3 bookmarks. 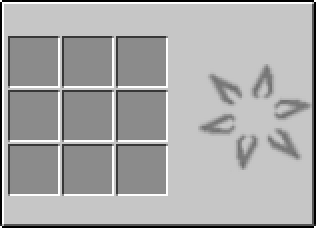 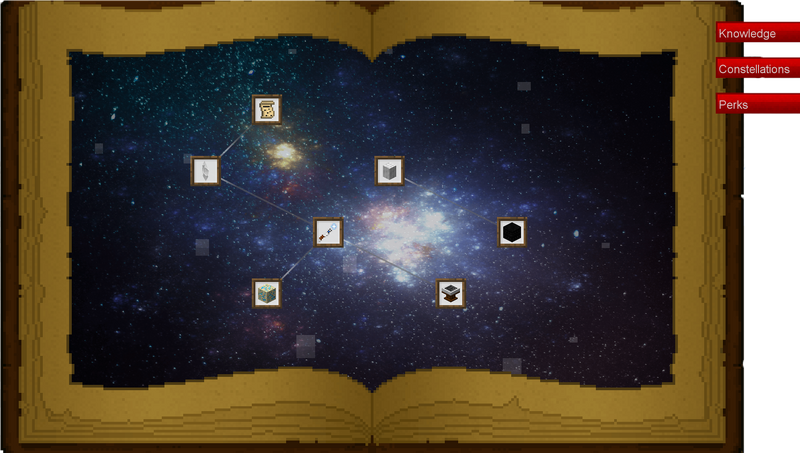 This chapter introduces the player to the basic items and blocks they will need throughout Astral Sorcery, which include: 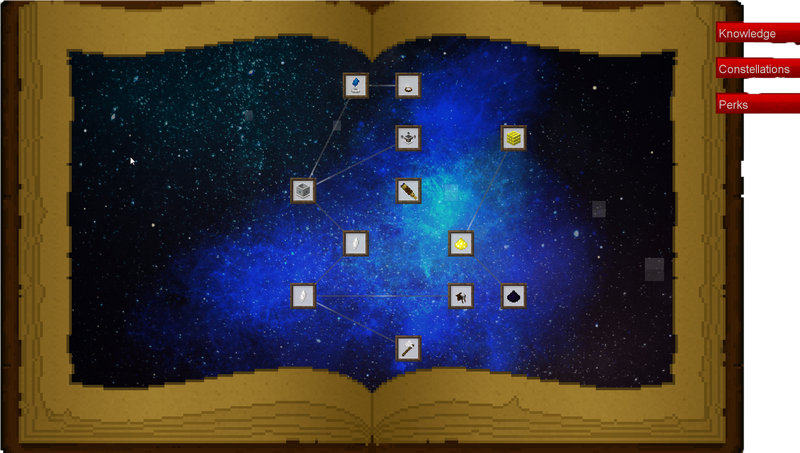 This chapter is unlocked after crafting the Luminous Crafting Table. It teaches the player through how to generate Liquid Starlight and some basic items and machinery, which include: 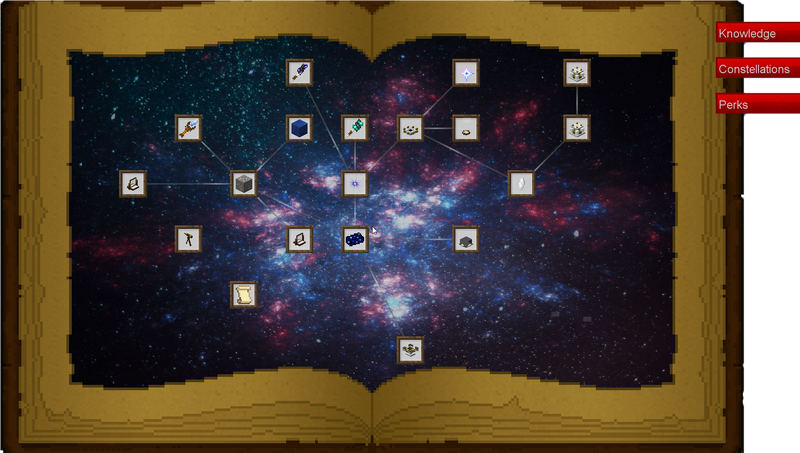 This chapter is unlocked after upgrading a Luminous Crafting Table to a Starlight Crafting Altar. It introduces the player to channeling and manipulating Starlight by using lenses, linking tools, and transmutation, which include:

This chapter is unlocked after upgrading a Starlight Crafting Altar to a Celestial Altar. It builds upon the manipulation of Starlight to empower tools and other items, including:

This chapter is unlocked after upgrading a Celestial Altar to an Iridescent Altar. It describes using particular constellations to empower items even further, including: