The Baba Yaga is a boss monster added by Witchery. The Baba Yaga appears to be inside of a mortar, and wields a broomstick. This boss is usually found in a forest, typically nearby to a hut. The Baba Yaga can help or attack players that approach her. She has 500 (

× 250) health points and when she is near the sky will darken. She has many ways of attacking, including spawning animals, throwing Brew of Webs, and Brew of Thorns, and normal splash potions at the player. These potions are typically Instant Damage, Poison, or Slowness. She may also spawn Owls and Cave Spiders to fight for her. Occasionally, she will throw a Jump Boost splash potion at the player, to launch them towards her. Attempting to attack her with a standard melee weapon, or ranged weapon may, and probably will, hurt the attacker more than the Baba Yaga. Attacking her with a Spear of the Huntsman will avoid the hit-back. Slaying her will yield a range of items, typically an Enchanted Book, some Toes of Frogs, some Owlet's Wings, the Baba Yaga's Hat, and some brews from Witchery. 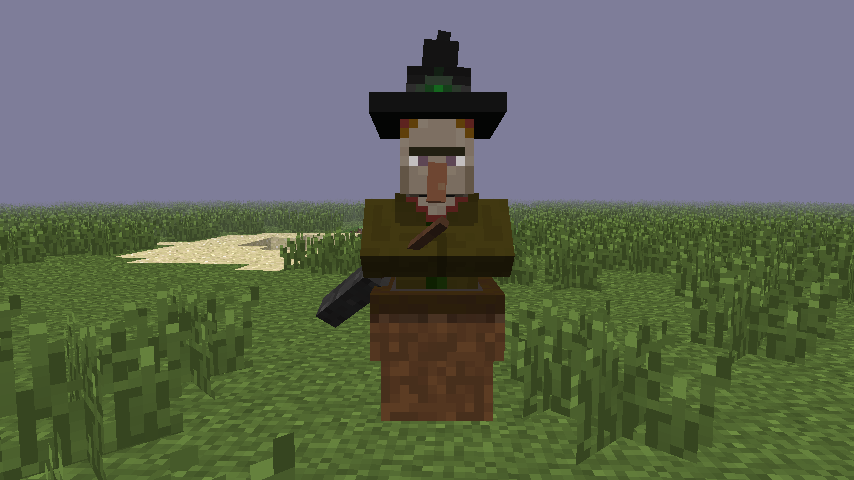