Blightfall contains a very large custom map and a custom storyline created through the use of Hardcore Questing Mode and CustomNPCs. The story is about a character, the player, who settles on a planet intending to colonize it, but discovers that it does not meet the requirements of their colonists, as the entire planet is covered by Thaumcraft 4's Taint. It focuses on exploration and discovery. 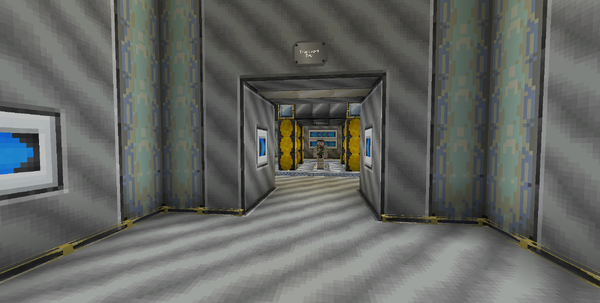 The first sight when spawning- the inside of The Jaded, the vessel that the player arrived in. Likely named after Jadedcat.