The Brieker is a passive mob added by The Endergetic Expansion. It behaves similarly to Parrots and is inspired by frogs and hummingbirds.

They can be seen commonly near Frisblooms and eating the fruit. They are timid creatures and cannot be snuck up on.

This mob shrieks to utilize echo location to gain information. The Brieker's "radar" system is similar to a submarine radar where the detected mobs receive a glowing outline momentarily before fading away. Outlines will be refreshed upon the next shriek.

It can transfer information through its shrieks to other Briekers, which the player can also receive if the Brieker is tamed.

Once tamed, Briekers can perch on the player's shoulder to act as a local radar, or left somewhere else to gain mob location information in another distant area. 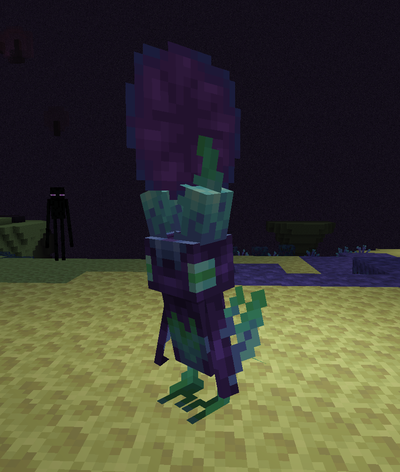 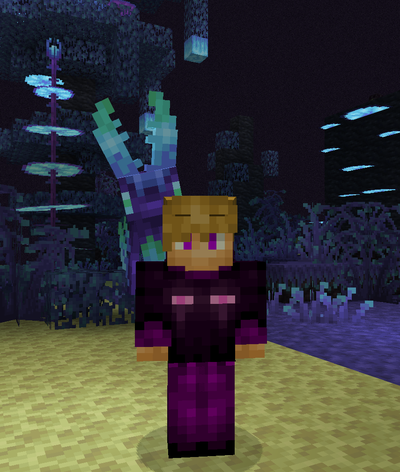