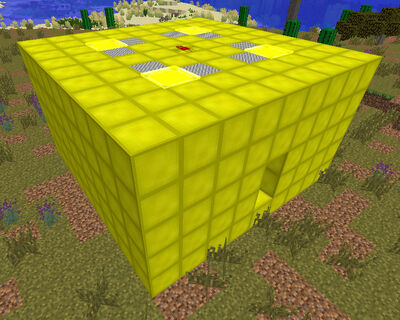 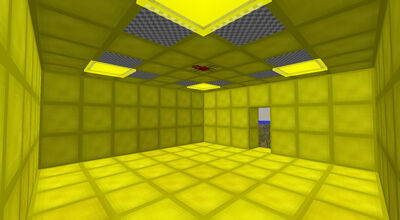 The Cleanroom is a multiblock structure added by RedLogic which imitates a cleanroom for semiconductor engineering. In this structure the player can design redstone circuits which are then stored in a Schematic. From this schematic, an Integrated Circuit block can be created which emulates the redstone circuit that was created in the cleanroom.

An example of a cleanroom is shown in Fig. 1 and 2. A cleanroom must be a cuboid structure with floor, wall, and ceiling, but its dimension is unlimited. The structure can only consists of Cleanroom Walls, Cleanroom Air Filters, one Redstone Digitizer, as well as Yellow, Orange and Red Decorative Lamps. Air or other blocks, e.g. an entrance, must be compensated with Cleanroom Air Filters in the ratio of 4:1::filter:air.

Filters, lamps and air blocks can be anywhere in the structure, but the Redstone Digitizer must be in the ceiling (not necessarily in the middle).