The Crossover Pipe is a pipe added by Extra Utilities. It is used to bridge two separate pipe networks across each other in one block, without them interfering with each other. It is done by only allowing items, liquids, and energy to travel in straight paths (west to east, north to south, up to down). 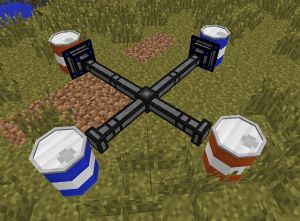 An Example of the Crossover Pipe in Use