This page is about Cursed Earth from Extra Utilities 2. For other uses, see Cursed Earth.

Cursed Earth is a block added by Extra Utilities 2. It is created by using a Drop of Evil on Dirt or Grass. Only the block the Drop of Evil was used on can be harvested with Silk Touch

Hostile mobs spawn at a vastly increased rate on it and spawn with a large bonus to their attack damage and movement speed, and also appear black. When initially created, it quickly spreads through Dirt and Grass in a large area, then continue to spread to nearby Dirt. Cursed Earth can not cross gaps while initially spreading, but can go up and down 1 block.

Setting Cursed Earth on fire causes the fire to quickly spread to the whole patch, turning it back to Dirt as the fire finishes burning. 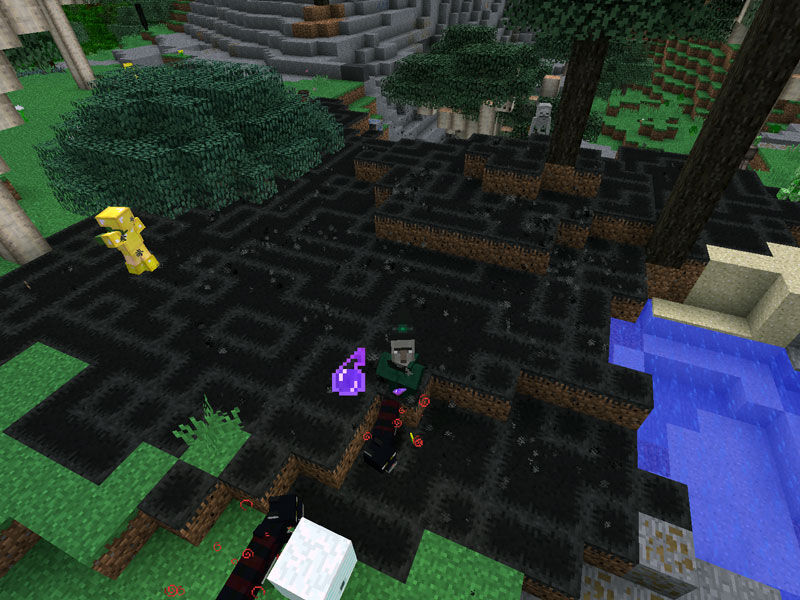 The spread of Cursed Earth from a single Drop of Evil. 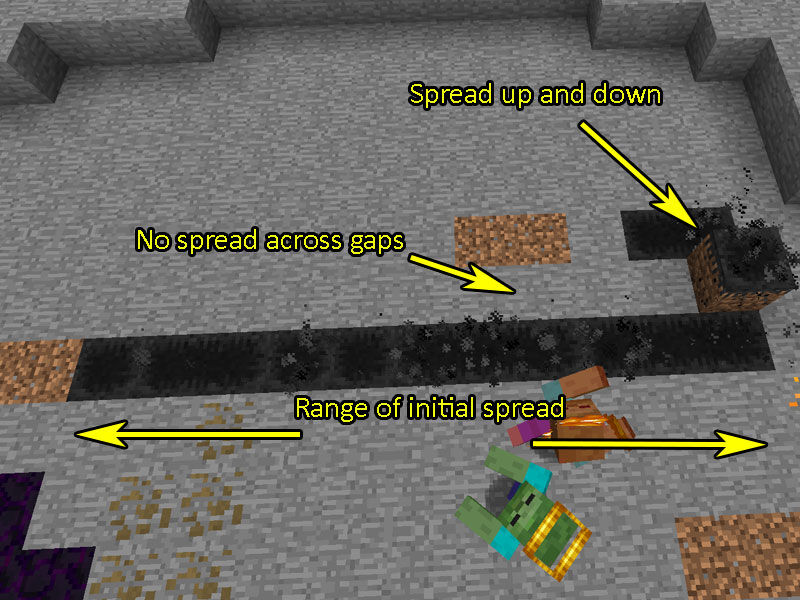 Testing the spread of Cursed Earth