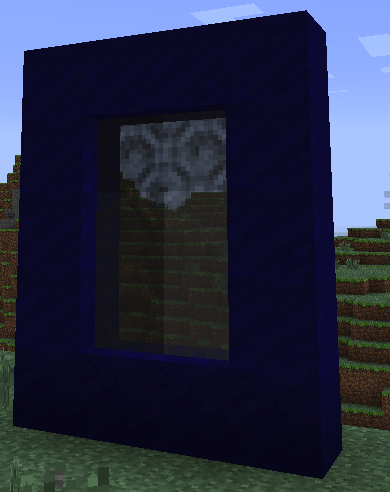 Entering the Drak Dimension is similar to entering The Nether. However, instead of using Obsidian, the player uses Trivu Blocks. Additionally, the portal is activated with a Drak Activator rather then Flint and Steel or something else then generates fire. Make sure to create the portal in The Overworld, rather then another dimension.

Similar to The Nether, when entering the Drak Dimension another portal is auto-generated within the new dimension, so you can easily exit or re-enter whenever you want to.

Do note the Drak portal makes noise, like the Nether Portal. If you do not want such noise, do not build the structure nearby a base or home. 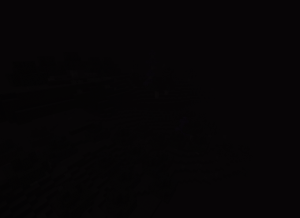 The Drak Dimension is impossible to see without any light source. 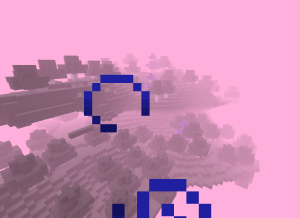 On larger islands, big areas of Drak Stone will spawn. In the areas, various ores can spawn, including Redur and Olite Ore, which is needed to go the next dimension.

Among the islands, various Drak Towers spawn. These contain a Mini Boss Spawner.

Unlike the RioV Dimension, the Drak Dimension is always night. There is not moon, and it is excessively dark. It's recommended to bring many Torchs, or any other source of light.

It doesn't rain in the Drak Dimension, nor is there in sort of clouds.

Many different mobs spawn in the RioV Dimension. These include: