When attacked, the Enderminy will call upon other nearby Enderminies to gang up on the attacker, via teleportation. Each strike of the Enderminy will inflict 10 damage (5 hearts). When killed, it will drop an Ender Pearl, with two 50% chances of dropping an Ender Fragment (the number of chances will be increased with each level of the Looting enchantment). 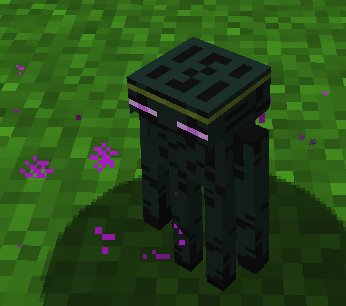