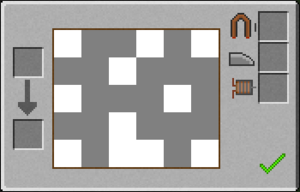 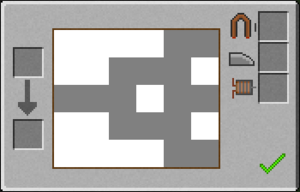 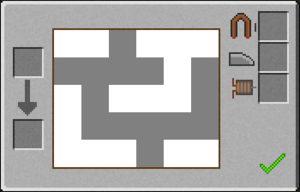 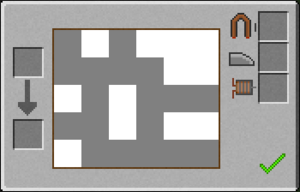 Upon opening the Circuit Scribe GUI, the player is presented with a blank, white slate. By left-clicking on the slate, squares are turned gray. While the pattern of white and gray squares does not match one of the four variants, a red X will be displayed in the bottom-right corner of the GUI. When a pattern is correct, the red X will change to a green Tick mark. When the green Tick is displayed, a Blank Quartz Plate can be placed in the input slot and it will be etched with the pattern. 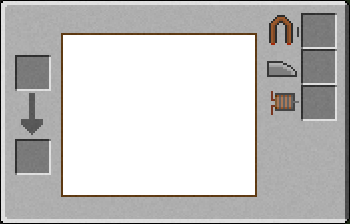 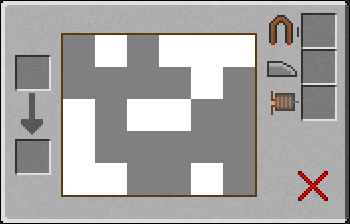