The Force Relay is a block added by Botania. It can be bound to other blocks, and when piston force is applied to the Force Relay, the exact same thing happens to the bound block.

To retrieve a Force Relay sneak-right click it (or use a Dispenser) with a Wand of the Forest, any other attempts to retrieve it (including Silk Touch) will destroy it.

A Force Relay can also be used to redirect a Mana pulse fired by a Mana Spreader. In order for this to work, the Spreader must have a Warp Lens applied to it and the pulse must be aimed at the Force Relay. Upon contact with the Relay, the Mana pulse will "warp" to the location of the block to which the Force Relay has been bound. Whilst "warping", the pulse appears to be redirected in a straight line towards the target block but will ignore all intervening blocks, even ones that would normally affect Mana pulses - in effect, the mana has been "teleported" to the target block. Once it reaches the target block, the "warped" Mana pulse will revert to travelling along the same direction and angle it was following before it hit the Force Relay, and will once again behave like a normal Mana pulse. 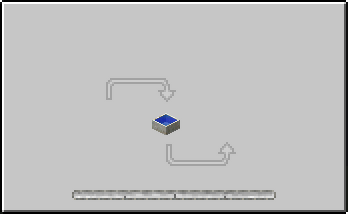 A small amount of Mana is required.