Fusion Crafting is a ritual-like method of crafting added by Draconic Evolution and is used to create higher tier materials and tools/armor from the mod. 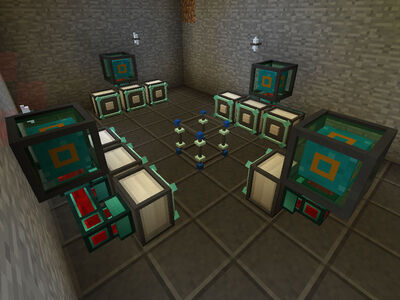 To get started the player will need at least 3 things:

When everything is powered, crafting may begin.

The Fusion Crafting Core will attempt to start the crafting process in response to a redstone signal.

There are 4 tiers of Fusion Crafting Injector: Basic, Wyvern, Draconic, and Chaotic. Each of these, excluding the Basic tier, requires the previous tier in order to craft them, and uses the Fusion Crafting process.