Forestry is focused around agriculture. To that end it provides one of the largest multi-block structures in Minecraft. The Farm.

Each farm is made up primarily of Farm Blocks. They must have a Farm Gearbox through which you input Redstone Flux (RF) power. Farm Valve, Farm Hatch, and Farm Control blocks are optional, but will be needed if you intend on automating the farm.

The platform must be built around the sides of the farm. It will not function if it is built on top of Farm Blocks.

There are several types of farms which can be built; these come in the form of manual farms and managed farms.

For many of the farm types you will need to change how they are configured for them to farm the items you want or to become a managed or manual type. To configure your farm you will need to have crafted a Soldering Iron and one of the types of Circuit Boards in the Carpenter you built earlier. 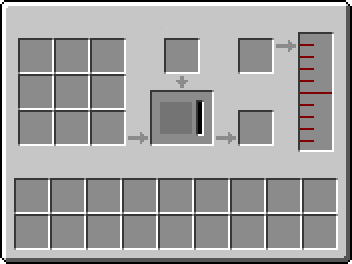 To configure a Circuit Board with Electron Tubes you need to put the Soldering Iron in your hand and right-click, place the Circuit Board to be configured in the top right slot, click the arrows at the top to change the machine type selection to read Managed Farms or Manual Farms, and then place one of the accepted Electron Tubes into one of the four available slots down the left-hand side.

Make sure to check out the Farm Configuration page to see what each Electron Tube does. Both farm types will require Fertilizer created from Apatite.

Manual farms require you to set the soil and plant the seeds or saplings. It will harvest and replant once you have done the initial set up.

Managed farms will automatically layout the soil type and plant the seeds and saplings as long as they are kept supplied with various items they need to do so.

Farm Blocks can be made from a variety of materials which only affect the appearance of the block, not its function. These are used to build the main farm structure and also the other farm blocks so it's a good idea to make quite a few of these.

Now that you have several Farm Blocks we can craft the other blocks you'll need and want in order to build your farm.

Note: These blocks will only work when placed to form the outside edge of the structure.

Farm Gearboxes are used to supply the farm with RF. It can be connected with any type of pipe capable of transferring RF power. At least one is required to supply power to the farm.

Farm Valves are used to supply the farm with water. It can be connected with any type of liquid pipe to pump the water in.

Now comes the fun part, putting it all together and building your first farm. By default the first farm you build will be an Arboretum. As shown earlier this is a managed farm, so lets get building.

First clear out a nice sizeable area at least 40x40 blocks wide and make sure there is open sky above. Now you'll need some Farm Blocks. You can build the bottom layer out of Farm Blocks but I'm going to incorporate the Farm Gearbox, Farm Hatch, Farm Valve and the Farm Control block in this first layers. Note that these extra blocks must be placed on the outer shell of the construct and can be places anywhere on this outer shell. For the purpose of this tutorial place them as shown in the image below. 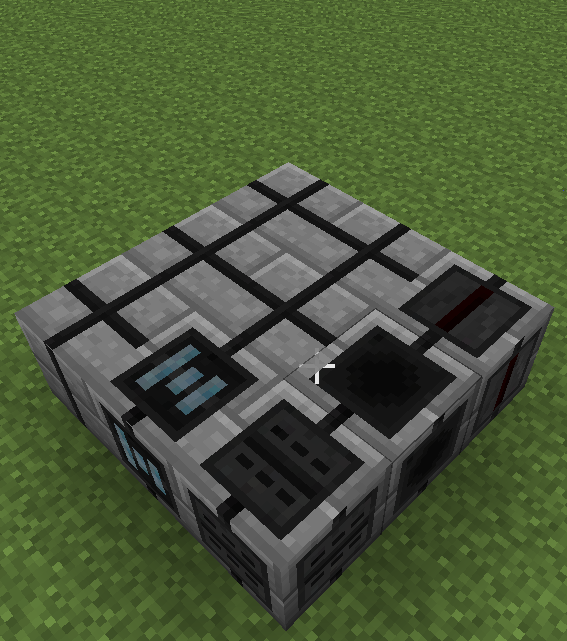 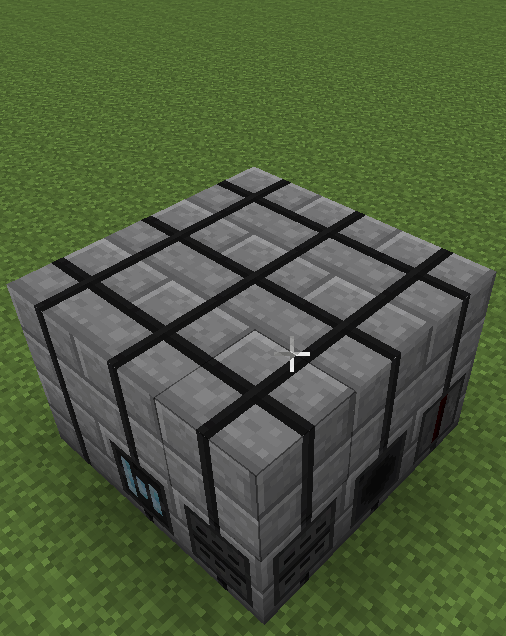 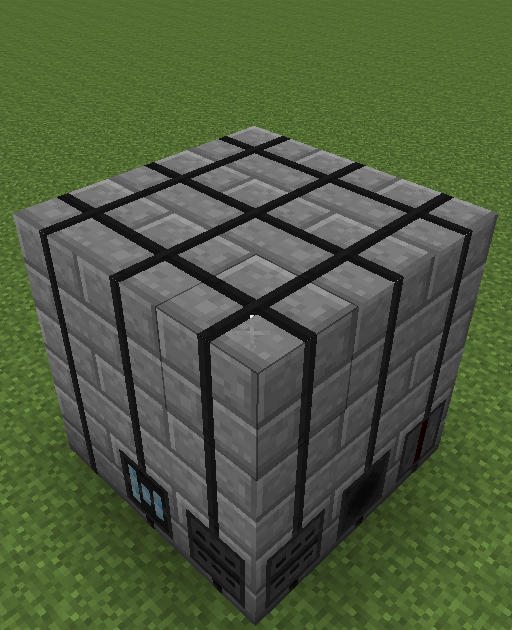 and final layer can now all be Farm Blocks. 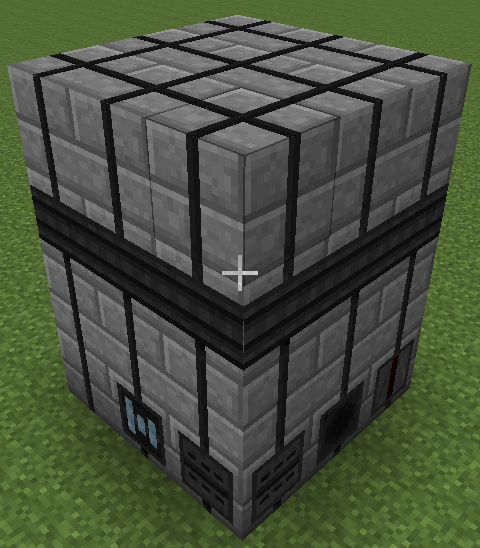 If you did it right you'll see a band appear around the whole construct as shown in the last image above. This completes the Farm structure itself, but now we need to provide a working platform so the farm can have something to plant on. 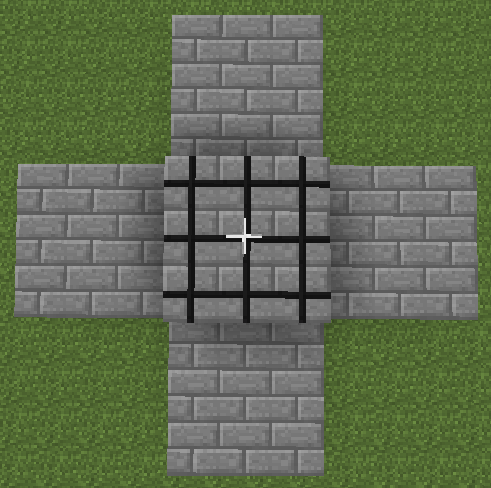 Now fill in the bit in between each platform to build one large platform. 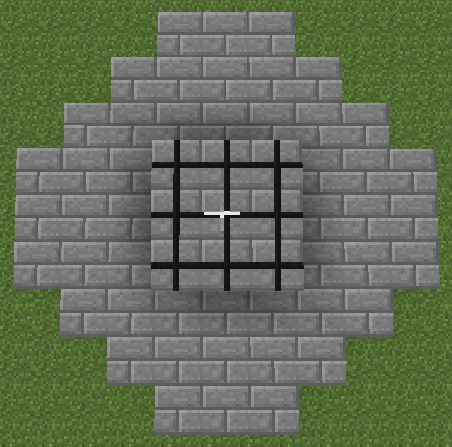 The Fertilizer will gradually be used up over time at a slow rate so be sure to keep a good stock.

If you want to stop the Farm from operating at any time provide a Redstone signal to the bottom or top if you placed the Farm Control on the top of the Farm structure. If you provide a Redstone signal on the side of the Farm Control then the corresponding side of the farm will stop operating. This is handy if you have configured your farm to work on different things on each side as if you have enough of the item, you can stop production without affecting the rest of the farm.

Once all of the above has been completed the Farm will automatically use Dirt and saplings to plant your tree farm. You'll notice that what the farm actually places is Humus rather than dirt. This is normal and once it's finished this process your completed Farm will look as follows.
Note: Managed farms are the only type that will layout and plant your farm automatically. Manual farms will require you to layout and plant initially. Once laid out the farm will replace anything it harvests automatically provided it is kept supplied. 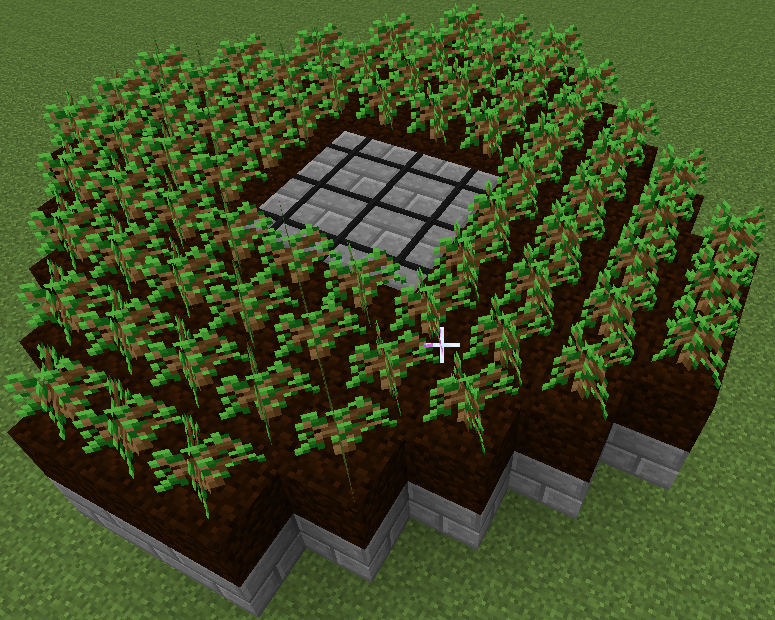