Glacidus is a mod created by 115kino, Kingboo177 and Lachney. It adds the Glacidus dimension, a dimension with three layers.

The Glacidus portal is made by creating the following structure out of Packed Ice and Glowstone: 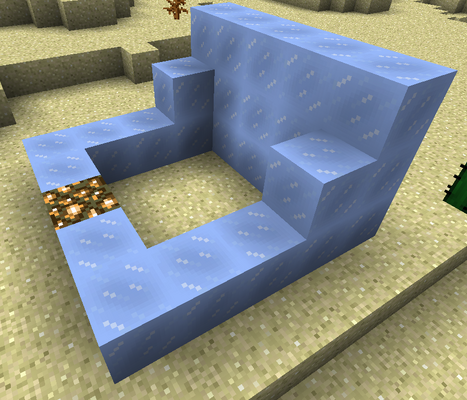 Once that structure is complete, it may be turned into a portal by breaking the Glowstone. Instead of breaking, it will turn into a Glacidus portal. 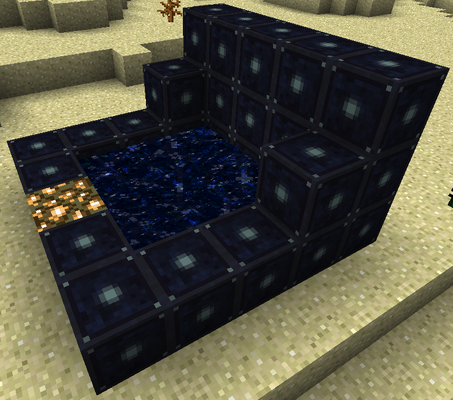 The Glacidus is composed of three layers:

The Glacidus has weak gravity and low fall damage. It currently has no hostile mobs and is mostly desolate. The dimension can be exited through Glacidus Boosters found on floating islands in the first layer.