The Harbinger Cube is a passive mob added by Twilight Forest. It can be found wandering the halls and chambers of Final Castle. It is a large, four-legged cube, about a head taller than the player. Its skin is an intricate, dark-red, maze-like pattern. It's "face" is a large, black square.

At the time of writing, the Harbinger Cube does nothing more than look around. It does not attack, nor flee when injured. As this part of the Twilight Forest is a work-in-progress, it may be assumed that the author has more features planned for this mob. 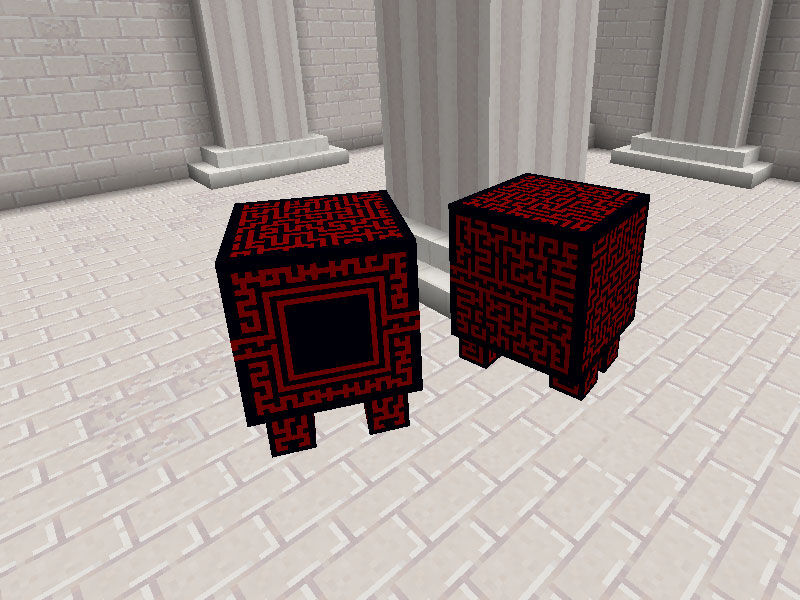