The Hobgoblin is a neutral mob added by Witchery. It is found in forested biomes in groups of 1-4. They will raid and take over villages, but are neutral to all players unless the player attacks them. They are similar to Villagers, in that they typically want to trade with players. Hobgoblins have their own huts, known as the Hobgoblin Huts, which can be found scattered around the world.

) health points. When attacked, they will fight back. Their hits deal 3 (

) points of damage. As of version 0.21.0, Hobgoblins are immune to fall damage.

Using a lead on a hobgoblin may incline them to perform manual labor. When leashed, they will pick up all dropped items they are near, and will drop them in nearby chests. Giving it a pickaxe while leashed will make it begin digging, and occasionally finding Koboldite Dust pockets. When a pickaxe is being held, they will not pick up dropped items.

They worship their gods, Mog and Gulg. If a bound Statue of Hobgoblin Patron is nearby, they will begin worshipping it, recharging the player's infusion power, and possibly increasing the power of the Mystic Branch and its effects. Having too many worshipping goblins may make the gods descend to slay the player. 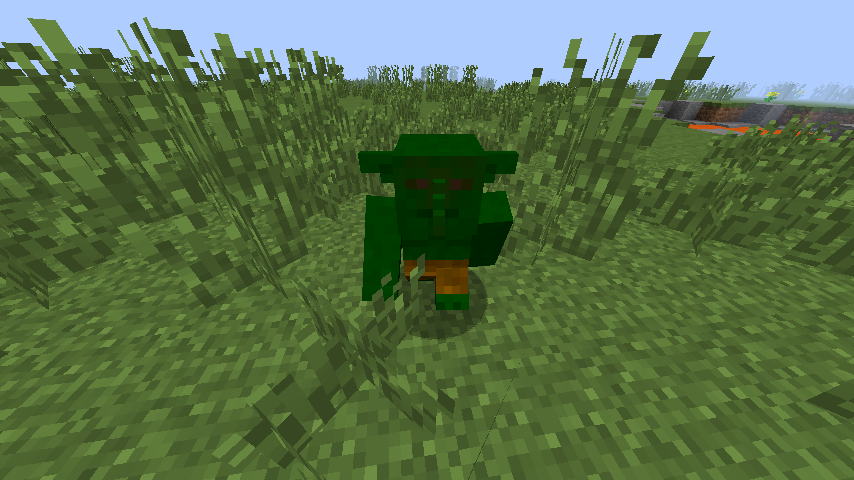