This page is about the dimension. For other uses, see Hunting Dimension.

It is very similar to Plains in the Overworld, but has no caves or ores and is in eternal night. This means that hostile mobs are able to spawn at all times. The entire dimension defaults to the Plains biome, but the biome can be locally changed through the use of Creeping Moss.

On top of this, the following effects happen in this dimension:

It can be entered and exited through the use of a portal made of Hunting Dimension Frames. 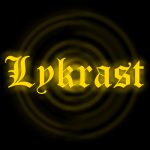