IndustrialCraft 2 adds many different fluids, each which are made and used in different ways. All fluids can be placed in the world using an Empty Cell  or a Universal Fluid Cell filled with the fluid. They cannot be picked up using a bucket.

Biomass is crushed plant matter mixed with water. It's only purpose is to make biogass in the Fermenter. 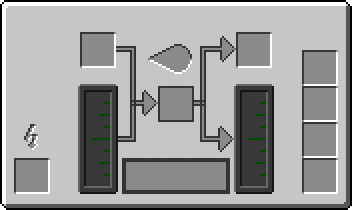 Standing in biomass has no effect.

Biogas is the fermented version of Biomass, and so it capable of being burnt for EU in the Semifluid Generator. It can also be used to fuel the Jetpack. 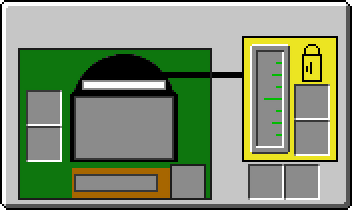 Standing in biogas will give you Nausea.

Construction foam is made using CF powder, and is used in the CF Sprayer to cover cables, make Reinforced Stone and Construction Foam Wall.

Distilled water is a form of water which has most, if not all, impurities removed.

It can be made in 2 ways: either using a Solar Distiller or putting Steam in a Condenser.

Standing in distilled water has no effect.

Hotspring Water is a form of water which has been heated so it is warm, but not above boiling point. If placed in the world, it will cool down and turn back into water after around half a minute. This process can be accelerated by placing it next to a colder fluid, such as normal water.

It can be made either in the Stirling Kinetic Generator or in the Canning Machine:

Coolant is the room temperature version of Hot Coolant, and can be made in 2 different ways. It can either be made with 1 bucket of water and 8 Lapis Dust in a Canning Machine, or with 1 bucket of Distilled Water and 1 Lapis Dust. Coolant can be used to make 10k Coolant Cells or cool Nuclear Reactors in heat mode.

Standing in coolant has no effect.

Hot Coolant is the heated version of Coolant. It can only be made in a Nuclear Reactor in heat mode transferring heat from Uranium into the coolant.

The only use of hot coolant is in a Liquid Heat Exchanger to make Heat Units.

Standing in hot coolant sets the player on fire.

Pahoehoe Lava is a cooled form of lava, which when cooled further makes Basalt. It can be cooled further by placing it in the world and leaving it, and can cool instantly by coming into contact with water.

It can only be made from putting lava in a Liquid Heat Exchanger.

Standing in pahoehoe lava sets the player on fire.

More information on how to make and fully utilize UU-Matter can be found on its page.

Steam is water which has been heated past 100oC in the Steam Generator.

More information on how to efficiently make and use steam can be found on the Steam Generator page.

Superheated Steam is water which has been heated past 374oC in the Steam Generator.

More information on how to efficiently make and use superheated steam can be found on the Steam Generator page.