Mog is a boss monster added by Witchery. Mog and Gulg are worshipped by Hobgoblins. Their worship can be exploited by redirecting it to a witch using a Statue of Hobgoblin Patron. Exploiting them too much may cause Mog and Gulg to be summoned. Using a Nether Star on the statue may make them take immediate notice to the exploitation.

× 200) health points. She shoots arrows that are much faster than normal arrows, and deal anywhere between 2 (

) points of damage when she is not near Gulg and whether or not her target is airborne, something that can happen frequently with Gulg. Slaying Mog will typically drop a piece of chain armor, some Koboldite Nuggets, and Mog's Quiver.

Mog and Gulg receive damage resistance when near one another; the resistance is as follows:

Mog will always try to move closer to Gulg. 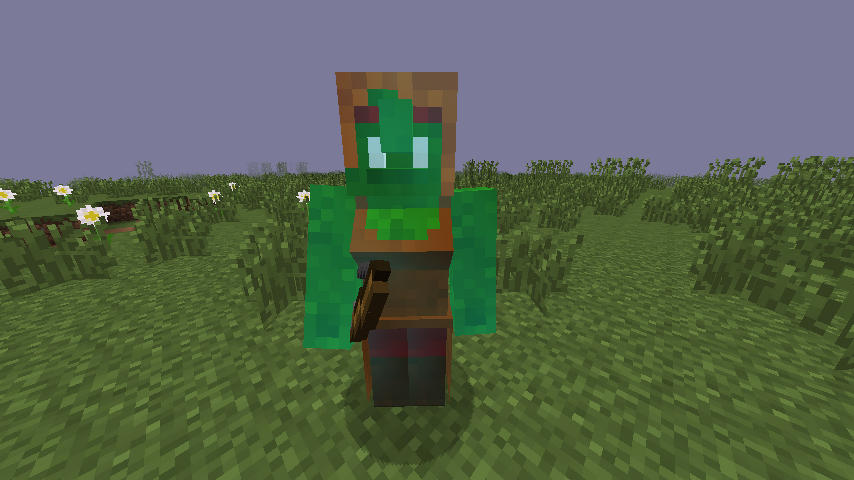