Uranium Cells were nuclear fuels added by IndustrialCraft 2. Uranium was a mid tier fuel, lasting 5 times longer than Thorium but half as long as Plutonium. The main use of them was for use in a Nuclear Reactor, but they were also needed for the Nuke

There were 6 variations on the Uranium Cell, 3 that served as fuel and 3 that could be used for create new cells. 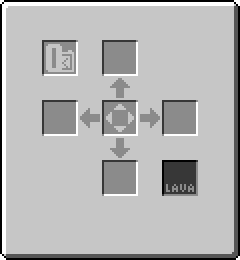