This page is about the Pickaxe added by GregTech 5. For other uses, see Pickaxe.

The Pickaxe added by GregTech 5 is a Meta-Tool used to mine stone, ores, and similar blocks. When GregTech is installed, the crafting recipes for Vanilla and IndustrialCraft 2 pickaxes are modified slightly.

Vanilla-type pickaxes have reduced durability, but still function normally as Vanilla tools and are otherwise unchanged. The Flint pickaxe is a Meta-Tool. It has increased durability, loses variable amounts of durability when used depending on block hardness, and cannot be used to break any block that is not Pickaxe-harvestable.

Most GregTech Pickaxes are Meta-Tools. To craft one, first craft a Pickaxe Head, and then craft the Head together with a Stick. Higher tier and specialty materials may require a Steel or Thaumium Rod in place of the Stick.

The Pickaxe Head is made from a plate and two ingots of the same tool material. A Pickaxe Head may also be made from Gem-type materials, in which case three gems are used instead, and no plate or hammer is needed.

Alternately, metal Pickaxe Heads may be made in an Extruder using a Pickaxe Head Shape. Higher tier materials require a higher tier Extruder to craft. 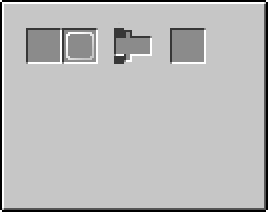 The tool's material defines its durability, mining speed, and mining level. For a list of tool materials, see Material Properties.