This page is about the creature from Botania. For other uses, see Pixie.

The Pixie is a small flying creature added by Botania. It does not spawn naturally, instead being spawned when a player using Elementium equipment gets attacked, or summoned by the Gaia Guardian.

Friendly Pixies have a chance to be spawned whenever a player wearing Elementium equipment is attacked, and will fly towards the attacker. The chance stacks and is capped at 100%.

If a Pixie was summoned when the player was holding an Elementium Sword, its damage will be increased by 2. If the player was wearing the complete Elementium armor set, the Pixie will inflict either Blindness, Wither, Slowness or Weakness for 2 seconds on hit.

Hostile Pixies targeting the player are spawned by the Gaia Guardian. The appearance of these pixies is much darker, similar to the Guardian itself. 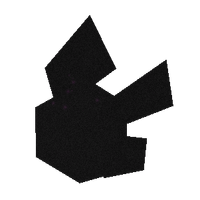 A Pixie spawned by the Gaia Guardian.