Polyethylene (formerly known as Plastic) is a material added by GregTech 5. It is used as a crafting component for many items, and many alternative recipes (in particular, Machine Hulls and Battery Hulls) have a smaller ingredient cost when using Polyethylene.

Polyethylene is made in a Chemical Reactor using Naphtha and Compressed Air Cells. If Titanium is available, another recipe may be used that replaces the Compressed Air with pure Oxygen Gas cells and a tiny pile of Titanium Dust, yielding twice as much Molten Polyethylene at a much greater pace. 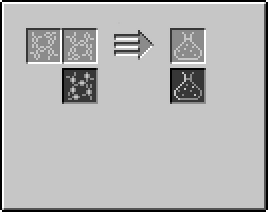 Polyethylene is mainly used in liquid form, as an ingredient in Assembling Machine recipes. Most of these recipes use it in increments of 144mb, which means that Polyethylene can be more easily stored and measured in solid form: First, solidify it into sheets using a Fluid Solidifier with a Plate mold, and later melt the correct number of sheets using a Fluid Extractor before inserting the fluid into the Assembling Machine. Polyethylene sheets are also used to cheaply craft NAND Gates for various circuits.

Polyethylene is also a valid material for the Soft Hammer.