The Red Hook is a hook added by Hooked. It can reach its maximum range of 24 blocks in 1 second and pulls the player at a speed of 20 blocks per second. Up to 4 hooks can be active at once. The player can freely travel between the hooks, allowing them to effectively fly in a small area. 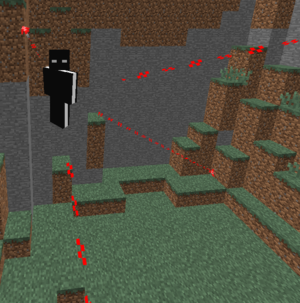