From Feed The Beast Wiki
(Redirected from Silver Ore)
Jump to: navigation, search

Silver ore is added by several of the major tech mods Thermal Expansion 3, Factorization, IndustrialCraft 2, GregTech and RedPower 2. Silver Ingots are used in many crafting recipes.

Silver ore can be smelted using any smelting machine or furnace.

To double or triple ore output a crushing machine must be used. The dust from these machines will need to be smelted in a smelting machine. 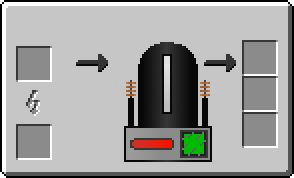 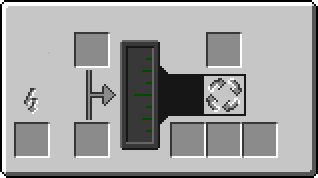 As added by MineChem

MineChem adds Silver in the form of test tubes which can be obtained from silver of other mods. With these test tubes other materials and elements can be created. For more information see Silver (Ag).

Silver can also be made by using Factorization's Slag Furnace, and putting either Silver Ore in or any other of the Factorization ore processing chain items.

Thermal Expansion 3, Factorization, GregTech, RedPower 2, and Immersive Engineering all generate some form of Silver Ore. Although IndustrialCraft 2 has a processing chain for Silver and recipes requiring it, it does not add Silver Ore itself.

Ore world generation is controlled in the config files of the mods that add it. They spawn independently from one another. CoFH Core is able to tweak the spawn rate of all modded and vanilla ores.

Silver can be used to create the Silver Cartridge.

As added by Project Red