Sodium (Na) is an item and element added by MineChem. It has the atomic number 11 and the attributes Stable, Alkali Metal and Solid.

Since it is an element, it can not be synthesized. However, it can be extracted from many materials, such as Cobblestone and Cooked Chicken as well as many chemical compounds of MineChem, with the Chemical Decomposer. In addition, there are further sources from other mods, e.g. salt from Pam's HarvestCraft. It can also be produced with the Chemical Fusion and Fission chambers. 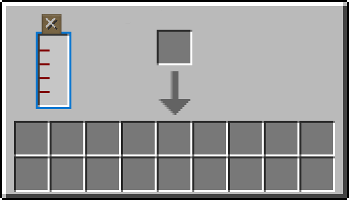 Sodium (Na) can be stored in space-saving chemical buckets.

Real Sodium is a silvery white solid, an element of the alkali metals, is one of the ten most common elements of the earth's crust and a quantity element for the body.