The Statue of Hobgoblin Patron is a block from the Witchery mod. It is used to trick Hobgoblins into worshipping the user, rather than their gods, Mog and Gulg. Doing this will allow a player's Mystic Branch powers to be amplified, as well as other magical powers. The effect that takes place depends on how many worshipers are present. Mog and Gulg have a higher chance of spawning when there are more worshipers. The statue must first be bound to a player before it can be used.

Using a nether star on the statue may make Mog and Gulg immediately spawn. 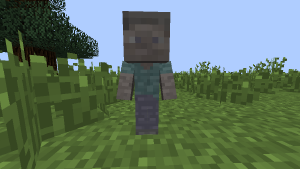 A statue that has not been bound. 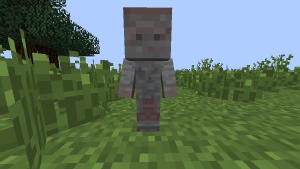 A statue that has been bound to SatanicSanta. This is an example of what bound statues will look like for players with a customized skin. 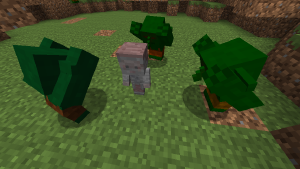 A statue that has been bound to SatanicSanta, and is being worshiped by a few Hobgoblins.

To use this, the statue must first be bound to the desired player using a Rite of Binding. Then, it should be placed near Hobgoblins, or at a place that they will be at. They will automatically begin worshiping the statue.