Steam Machines are the lowest tier of all machines in GregTech 5. These are made during what is referred to as the Bronze Age.

Steam Machines are powered by steam which you can obtain from a Small Coal Boiler. Steam from Railcraft can also be used.

All steam machines have an exhaust hole which will eject "used" steam after each operation. You need to make sure that the space facing the hole is cleared. Otherwise, the machine will stop any further processing until it can eject its steam. The hole is at the back of the machine by default and its position can be changed using a Wrench with a right click.

Here is an image showing both the front and back of the Bronze Steam Furnace. Notice the square hole at the back of the machine for ejecting steam.

Note that the ejected steam will deal damage to any entities should they be in its path. Below is a side view of a Steam Furnace ejecting steam. 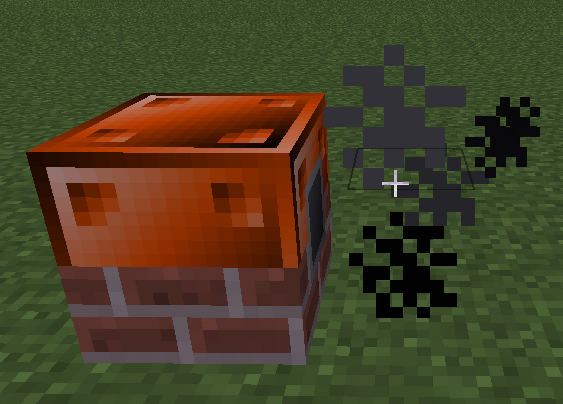 Steam Machines can suffer from the "Insufficient Energy Line" problem; if they run out of energy (Steam), they stop working and their progress is reset. It is extremely inefficient to allow that to happen, and should be avoided at all costs. However, if it does happen, a machine stuck in "Insufficient Energy Line" can be disabled by right-clicking it with a Soft Hammer, which will allow its internal Steam reserve to refill.

An easy way to work around this problem is to let your boilers run until they have built up a decent amount of steam (maybe 3/4 full), run your machines until the boilers are empty, rinse, and repeat. While this takes micromanagement, it can save a lot of Steam and Fuel in small factory setups.

Steam Machines therefore consume at most 32 Steam/tick, with most consuming less. The Steam/tick consumed by different Steam Machines is listed in their respective pages.

There is one very odd mechanic in how Steam is accepted and consumed in Steam Machines (and not Steam Turbines. When Steam enters a machine, half of the incoming Steam is discarded. Then, when the machine tries to consume energy to carry out recipes, it consumes its stored Steam as if it was EU, at a 1:1 ratio. This input halving is where the 2:1 Steam:EU ratio is established. This also means that using a Portable Scanner to read the Steam stored within and consumed by a Steam Machine will show you only half of the actual Steam consumption.

Other properties of Steam Machines[edit]

Steam Machines can also be spray painted with all the normal Gregtech spray cans. This will change both the color of the machine and the GUI.