From Feed The Beast Wiki
< User:LuminousLizard
Jump to: navigation, search
This is the sandbox of LuminousLizard ... constructive ideas, comments and corrections to my ideas are welcome. But please with signature !!!

This is a small guide for the ingame conversion of energies between different systems.

In this huge amount of mods for minecraft, they are a couple of systems for energy they was created parallel. Everyone of those energy systems has established in a group of mods to power maschines or to storage. Following energy systems are represented in a couple of mods:

But for what conversion systems are now required? Some mods, such as MineChem, have support for an energy system for operating the machines (in Minechem is this RedFlux). But they don't have energy-producing machines themselves. In this case, either you will add a mod to the game, that can produce RedFlux, e.g. Extra Utilities, which needs also the libraries CoFH Core and CoFH Lib.

Or you use the energy system from an other tech mod you have already installed from the beginning, e.g. IndustrialCraft 2, and convert the energy from EU to RF. In this case you don't need to build up a secound energy production, or, in the case of many mods, a third and fourt energy production for respectively a handful maschines. You can focus on one powerful system and convert this energy in other energys you need.

The conversation of energy can occur in two different ways, both about mods.

The first way, and mod type, is the use of conversion blocks, which will be placed between two lines of different energy systems. Those blocks automatically converts the produced and available energy from the one system into another form of energy and hand them to the appropriate line.
Such a specific mod is e.g. "Power Converters". Some other mods, e.g. Buildcraft, ReactorCraft or PneumaticCraft, has his own energy production but additionally contain conversion blocks to make your own energy for other systems used (see the list of energy systems). 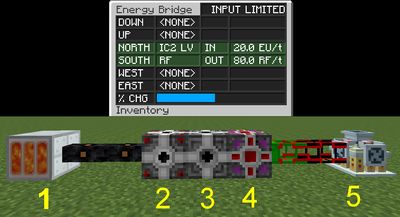 Picture 1: Demonstration of a transformation of EU into RF with a Conversion Block.

The GUI shows the process of conversion between the input of EU in the north and the output of RF in the south of the Energy Bridge. Furthermore on the bottom a storage status is displayed. 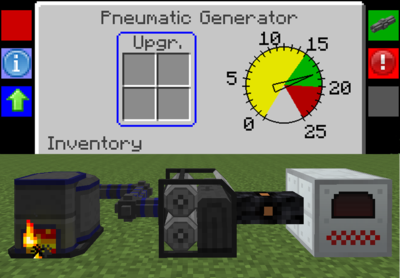 Picture 2: Demonstration of a transformation of compressed air into EU with a pneumatic generator.

Picture 2 shows a demonstration for the transformation of compressed air into EU.
On the left side there is a Advanced Air Compressor that produced by fuels, such as coal, compressed air and passes via pneumatic tubes to the Penumatic Generator. This generator is a own conversion block from PneumaticCraft and produces, at a pressure of 15 bar, EU, which is input into the copper cable and powers the Electric Furnace from IndustrialCraft 2.

The second way, and mod type, is the use of instant conversation mods. These mods set equal to the energies of the support systems, so that the operation of machines without conversion block.
Specific conversion mods:

For example "EnetBridge" is a addon mod for IndustrialCraft 2 Experimental. This mod converts the energy systems of MJ, RF and FZ with the energy system of Industrial Craft 2 (EU) in a specific ratio equal. This means that in the cables of IndustrialCraft 2 all energy's (EU, MJ, RF and FZ) are available. Thus all machines can be operated at least support one of these energy's.
The currently transformation ratios are [1]:

Picture 3: Demonstration of an instant Conversion of EU from the geothermal generator into RF which the Chemical Decomposer needs.

Mindmap of the transformation ways between related systems.