The Void metal Ingot is a component added by Thaumcraft 4. It is used to craft higher-tiered items such as Void metal Caps and Void armor. Items crafted by this tend to slowly repair themselves but give the player temporary warp. 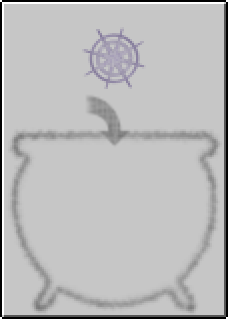 “
”
By infusing magic into metal you had managed to create Thaumium. It was a worthy discovery, but the time has come to leave thaumium to amateurs and dabblers.

A strange and half-remembered dream has given you the urge to try something... different. What if you infuse metal with more than just magic, but with the very essence where magic is drawn from: Darkness and the Void that dwells between the stars. The resulting metal is disturbingly slick and warm to the touch. It is almost as soft as gold making it easy to work, but when struck it becomes as hard as thaumium and sometimes even harder. More impressively all but the most devastating damage soon repairs itself as the metal slowly flows back into place. The only downside is that it isn't as easy to enchant as thaumium, but still compares favorably to mundane materials like iron.

You have discovered that care must be taken when handling the metal - being harmed by it seems to temporarily sap your strength.
— Thaumonomicon