Creatures of the Night

The Creatures of the Night is a ritual from the Witchery mod. This ritual is performed in order to begin the steps to become a vampire. It requires:

It must be done over an open sky during nighttime.

This ritual is described in abstract but precise detail in the Observations of an Immortal book's initial pages.

Once the ritual is physically formed, the player must lure a chicken to the top of the skull. They must kill the chicken with a Boline while they have an empty Glass Goblet in their hotbar. This will fill the Glass Goblet with Chicken's Blood. The goblet should then be used on the front face of the skull, which will summon Elle.

Elle will follow the player infinitely, until she makes the transformation to Lilith. This can be done by luring her into the Nether, and then sending her off into a large lava lake. Eventually, when in a lava lake, she will swim out farther into the lake, and explode into Lilith. Lilith then must be defeated.

Once Lilith is defeated, she will shrink and come towards the player. She will ask the player if they desire magic, or if the player has anything to be enchanted. Either way, in order to properly complete the ritual, an empty Glass Goblet* must be given to her via the use key. Giving other tools to her may have other effects, such as giving them random valid enchantments.

* If the player is performing this ritual to become a level 7 Vampire, they must give her a Poppy instead of a Glass Goblet to complete the ritual.

When the ritual is completed successfully and properly, the player will become a level 1 (or level 7) Vampire. 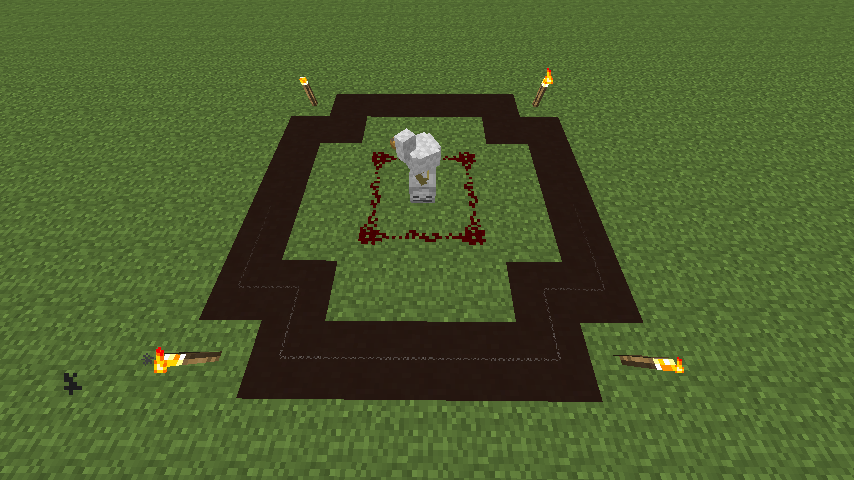 The structure required for the ritual. Hardened Clay blocks are not required and are only used to make the string visible.